"The coronation of a new sovereign is a ceremony of great pageantry and celebration that has remained essentially the same for over a thousand years."
Extract from the Royal website 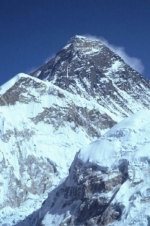