"Despite ministerial responsibilities, parliamentary duties and the continued demands of his legal practice, Menzies' public performances as a speaker increased in volume and variety in 1933-34, partly because of what was obviously now his sheer pleasure in the easy rapport he could establish with most audiences, and partly because he felt a genuine sense of mission as the advocate of traditional democratic values, as he saw them, in the face of incipient threats, at home and abroad."
A W Martin, Robert Menzies A Life Vol 1 1894-1943, 1993 p 107.

"... failure to implement the 1924 Royal Commission's recommendations to remedy the financial disabilities that Federation had inflicted on WA ... produced a 2:1 vote for WA to withdraw from the Commonwealth."
The Macquarie Book of Events, 1983 p 337.

The submission to secede was rejected by the British House of Commons Joint Select Committee in 1935. 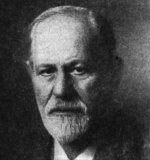