The young Robert won scholarships and moved to Melbourne where he attended Wesley College. A contemporary, Percy Joske, remembered him as 'a gangling type of boy, growing rapidly, with intense energy and tremendous self-assurance'.
Video script Menzies in his time, 1994

Father James was not pleased and the disobedient boy found himself on his mettle: 'You may suppose that having had this bad year at Grenville and having been given the rounds of the kitchen by my somewhat peppery parent about it, I knew that when I went to Wesley I had to put my nose down, otherwise all hope of the University was out'.
A W Martin, Robert Menzies: A Life. Vol 1 1894-1943, 1993 p 18. 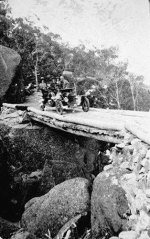