"Menzies himself did not enlist [for war service], a fact of which he was cruelly reminded throughout his life... an internal family conference decided that with two brothers in the AIF, Menzies' duty was to stay at home to look after and partly support his parents. His only sister, having eloped with a soldier of whom her parents disapproved, could not be relied on for ordinary familial duties. At the same time, Menzies' enthusiastic public and private support for conscription had to encompass the virtual certainty that if conscription was brought in, he himself would have been one of the first drafted."
Allan Martin in Australian Prime Ministers, 2000 p 176. 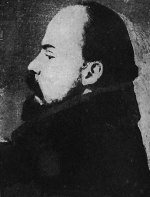