"... I proposed to have a few players who had retired from Test cricket, several who were still playing, a couple of members of Parliament, and three local players ..."

"Leader of the Opposition Dr H V Evatt led the attack from the Labor side, claiming that in defeating the 1951 referendum, the Australian people had 'rejected the Menzies campaign of unscrupulous propaganda and hysteria' and saved themselves and their children from the 'insidious aggressions of a police state'. Menzies, while urbanely accepting defeat ('as a democrat I respect and recognise the popular voting') expressed his belief that the electors had been misled by a 'wicked and unscrupulous "No" campaign'.
Allan Martin in Australian Prime Ministers, 2000 p 196. 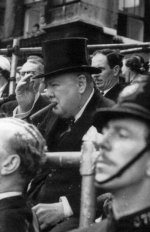