"[Menzies'] most important and enduring achievement was the role he played in developing a distinctive Australian form of the liberal political tradition.

Menzies had a deep respect for the political freedoms and personal liberties, the parliamentary democracy, the rule of law, and a free press that were Britain's great gift to Australia.

It is no exaggeration to say that these principles constitute the foundations on which Australia's strengths as a nation are built. ...

The Australian liberal tradition embraces the philosophies of both Edmund Burke and John Stuart Mill. It draws on both the classical liberal and the conservative political traditions. It emphasises the importance of individual freedoms and responsibilities, and the relevance of values and obligations in securing outcomes that are in the national interest."
Extract from the 1997 Sir Robert Menzies Memorial Lecture "Australia and Britain; the Contemporary Partnership in a New International Environment", Prime Minister John Howard, 23 June 1997 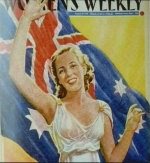